I was curious if anyone has written this similar app for the android application?
Top

How many bcs owners have Android phones? I might get motivated someday if there are dozens of you out there. ;-) Just do the old "+1" reply on the thread...
Check out the Brew Buddy for iphone controlling your bcs-460.
Top

Pardon my illiteracy, but I suppose it is not so simple as to just accessing the bcs with your android's browser?
Top

I have a Droid and would love to have a BCS app.
Top

NakedDave wrote:Pardon my illiteracy, but I suppose it is not so simple as to just accessing the bcs with your android's browser?

Yeah, apps designed specifically for the smaller screens and other limitations of phones are really nice. But you are right, since the BCS interface is a webpage it is usable with Androids (and iPhones) browser. I use both on my iPod Touch, usually lean toward Brewbuddy since it fits better

I tested the browser interface on the SDK on Android2.2, and didn't see any obvious issues. I'm able to start/stop processes, and watch the timers increment. The datalog doesn't work because its Flash, and these phones don't support it. May possibly change that to an html5 chart in the future. I haven't tested this on real hardware yet. Banjolawyer, you mentioned that you saw issues with your Droid? Which version of Android is on that phone? 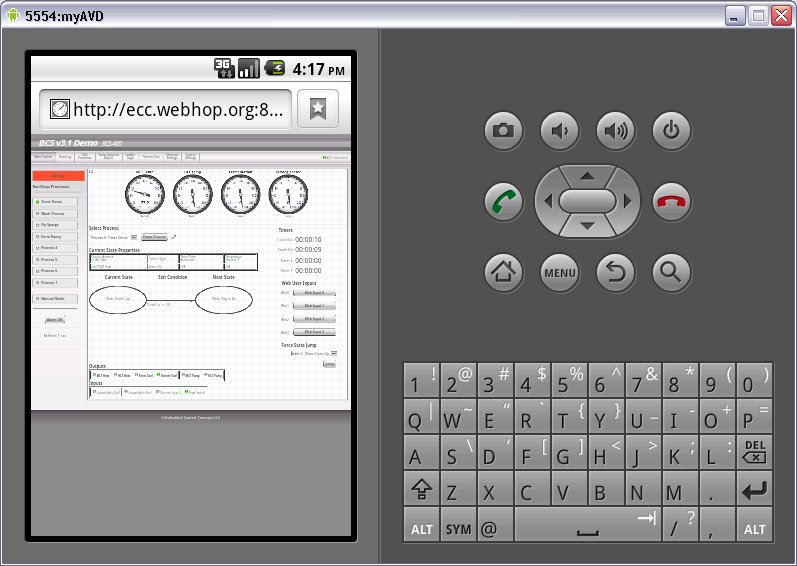 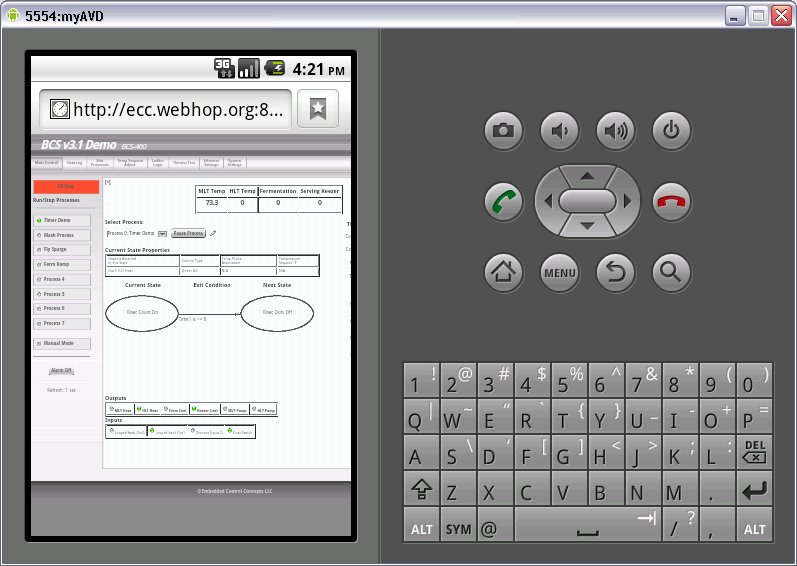 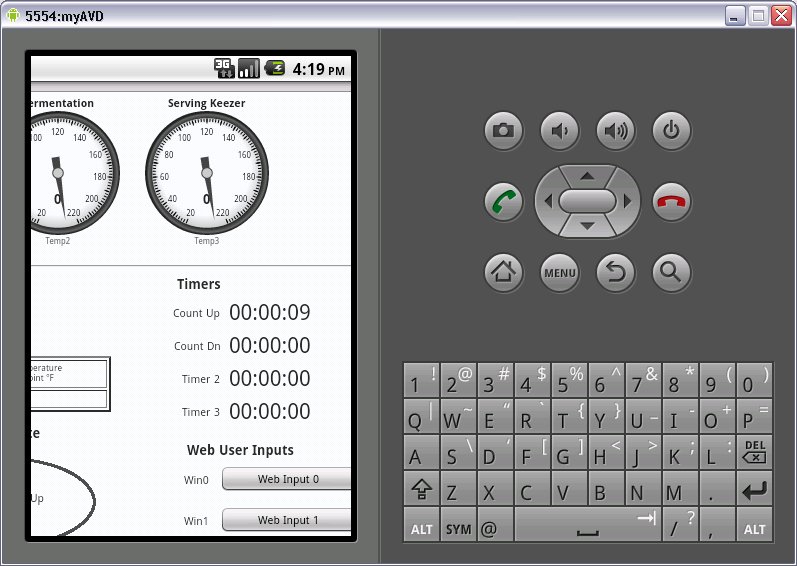 The Android browser actually looks better than the iPhones. My iPod doesn't display the text in the gauges, which is why the temp table option was introduced.
Top

what phone is that? i didn't realize 2.2 was out yet. I have 2.1 and connecting via browser didn't work well for me. I said App, but connecting via browser is fine with me. It just isn't working with 2.1. Or maybe since the BCS firmware has been updated to 3.1 I'll have a different result. I'll check tonight.
Top

Well at any rate +1 for another Android user.
Top

For whatever reason, I can see the intended BCS interface on my Droid browser, but I wasn't able to a few weeks ago.
Top
Post Reply
31 posts